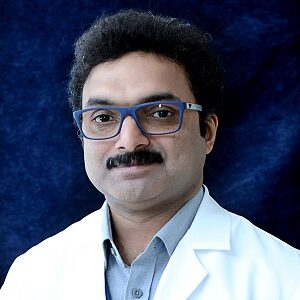 The term diabetes mellitus defines disorders of abnormal carbohydrate metabolism that are indicated by high blood sugar levels. It is associated with an absolute or relative impairment in insulin secretion, along with deviating degrees of peripheral resistance to the action of insulin.

An increase in Blood Pressure levels can cause damage to your eyes, nerves, kidneys, and other organs.

American Diabetes Association criteria for the diagnosis of Diabetes:

The following are the major types of Diabetes:

Type 1 diabetes mellitus, one of the most common chronic diseases in childhood, is caused by insulin deficiency following autoimmune destruction of the insulin-producing pancreatic beta cells. It most commonly presents in childhood, but one-fourth of cases are diagnosed in adults.

In genetically susceptible individuals, exposure to one or more environmental agents (e.g., viruses or foods) triggers an immune response that ultimately destroys the insulin-producing pancreatic beta cells. As a result, these patients require insulin for treatment. But, unfortunately, your body doesn’t make enough insulin.

Type 2 Diabetes is the most common form of Diabetes in adults accounting for more than 90% of cases, and is characterized by hyperglycemia and variable degrees of insulin resistance and deficiency. Its preponderance rises markedly with increasing degrees of obesity. Insulin deficiency and insulin resistance can arise through genetic or environmental influences, making it difficult to determine the actual cause in an individual patient. In addition, hyperglycemia itself can impair pancreatic beta cell function and exacerbate insulin resistance, called “glucotoxicity. So it is essential to maintain reasonable sugar control to prevent further pancreatic damage.

Gestational Diabetes occurs when a woman’s insulin secretory capacity is not sufficient to overcome both the insulin resistance created by the anti-insulin hormones secreted by the placenta during pregnancy (e.g., estrogen, prolactin, human placental lactogen, cortisol, and progesterone) and the increased fuel consumption necessary to provide for the growing mother and fetus. It is estimated to occur in approximately 2.1 percent of pregnant women, usually developing in the second or third trimester. This type of Diabetes drops out after delivery. If you have had gestational Diabetes, you have a more significant chance of getting type 2 diabetes after that in life.

For health related inquiries connect with our specialist in a minute

Other Types Of Diabetes:

For health related inquiries connect with our specialist in a minute

But many of these can be prevented by proper treatment of Diabetes. As evidenced by landmark studies in Diabetes, each 1% reduction in mean HbA1cwas associated with a 21%reduction in risk of any end point related to Diabetes,21% for deaths associated with Diabetes, 14% for Heart attack, and 37% for microvascular complications. Otherwards each 1 % higher HBa1c from average increases your risk of developing heart attack by 14% and risk of other complications by 37 %. These can be prevented by proper control of blood sugar by diet, exercise, and medications prescribed by your doctor.

The goals of diabetes prevention include:

Type 1 diabetes needs Insulin injections as primary treatment. Insulin can be administered either by injections or by using an insulin pump.

Your treatment options may differ if you have another type of Diabetes.

Request an Appointment
Call us